A Movie About Editing Books? Seriously? 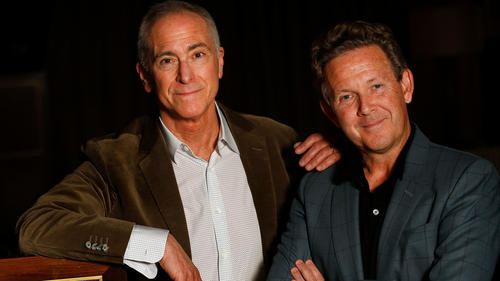 Quote: “[Wolfe] was . . . famously undisciplined, turning in manuscripts in overflowing crates; his books came into being only with his editor’s perceptive eye, and steady, patient hand.”

By author/biographer A. Scott Berg and screenwriter John Logan, and starring Colin Firth as Perkins and Jude Law as Wolfe.

As an editor myself,  I have looked up to Maxwell Perkins for many years. But to imagine a movie made about editing books? Even I would have laughed.

Here’s a link to Carolyn Kellogg’s LA Times story about the movie:  http://www.latimes.com/books/jacketcopy/la-ca-jc-genius-berg-logan-20160523-snap-story.html

Larry M Edwards is an award-winning investigative journalist, author, editor and publishing consultant. He is the author of three books, and has edited dozens of nonfiction and fiction book manuscripts. Under Wigeon Publishing, he has produced six books. As author, "Dare I Call It Murder? A Memoir of Violent Loss" won First Place in the San Diego Book Awards in 2012 (unpublished memoir) and 2014, Best Published Memoir. The book has also been nominated for a number of awards, including: Pulitzer Prize, Benjamin Franklin Award, Washington State Book Award, and One Book, One San Diego. As Editor, "Murder Survivor’s Handbook: Real-Life Stories, Tips & Resources" won the Gold Award in the 2015 Benjamin Franklin Book Awards, Self-Help. For a sample edit and cost estimate, contact Larry: larry [at] larryedwards [dot] com -- www.larryedwards.com -- www.dareicallitmurder.com -- www.larryedwards.com/wigeonpublishing/
View all posts by Polishing Your Prose →
This entry was posted in Editing, Movies, Reading, Writing and tagged books, editing, publishing, writing. Bookmark the permalink.