Ten Most Common Errors Made by Writers: #10

The first of a ten-part series. 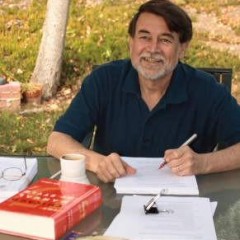 Our ears (and eyes) play dirty tricks on us when it comes to contractions and the words that sound like them. The process can cause us great anxiety as we think back to our eighth-grade English class and try to recall the rules Ms. Bitterlip laid out for us.

I encounter these examples most often:

I probably hear these contractions more often than I see them in print, but it bugs me nonetheless: singular construction used in a plural context, even by otherwise apparently literate individuals and those who make a living speaking to the public.

If you have examples or anecdotes you want to share with me and others, please use the comment box at the bottom of the page.

Larry M Edwards is an award-winning investigative journalist, author, editor and publishing consultant. He is the author of three books, and has edited dozens of nonfiction and fiction book manuscripts. Under Wigeon Publishing, he has produced six books. As author, "Dare I Call It Murder? A Memoir of Violent Loss" won First Place in the San Diego Book Awards in 2012 (unpublished memoir) and 2014, Best Published Memoir. The book has also been nominated for a number of awards, including: Pulitzer Prize, Benjamin Franklin Award, Washington State Book Award, and One Book, One San Diego. As Editor, "Murder Survivor’s Handbook: Real-Life Stories, Tips & Resources" won the Gold Award in the 2015 Benjamin Franklin Book Awards, Self-Help. For a sample edit and cost estimate, contact Larry: larry [at] larryedwards [dot] com -- www.larryedwards.com -- www.dareicallitmurder.com -- www.larryedwards.com/wigeonpublishing/
View all posts by Polishing Your Prose →
This entry was posted in Editing, Publishing, Writing. Bookmark the permalink.

19 Responses to Ten Most Common Errors Made by Writers: #10